With the release of version 3.0 of the Godot Engine, C# was added as a supported programming language. Due to other engines like Unity, there is a large number of C# assemblies which can help in developing a game. However, there isn’t an easy way to add assemblies in the editor. Therefore, this tutorial was created to help with that problem.

In this tutorial, we’ll use the Godot Engine, version 3.0, along with the assembly for Rant. Note that while a C# assembly can be added to the editor, the assembly cannot be exported to a self-contained executable just yet.

Update: as of version 3.0.5 of the Godot Engine, exporting C# projects with assemblies have become possible.

1. Create project as normal. Where necessary, add a C# script. At first, the engine will generate the necessary C# files (i.e. the “*.csproj” and “*.sln” files). 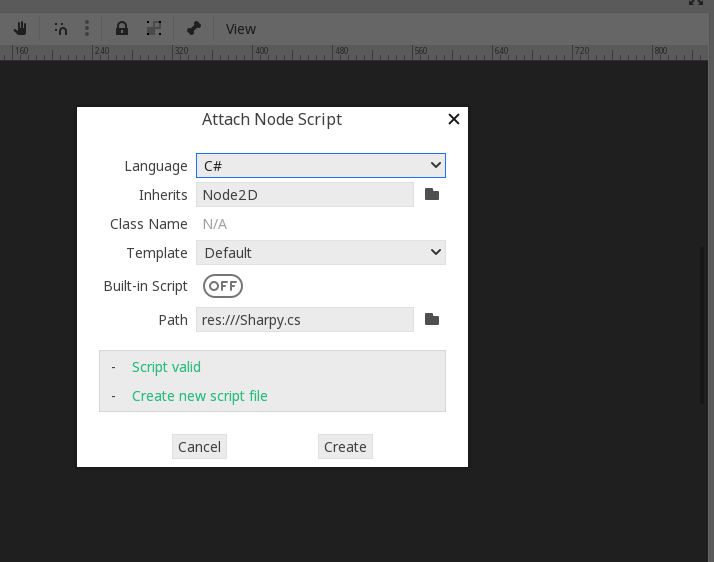 2. Add in the C# code. After this, close the editor for the moment. 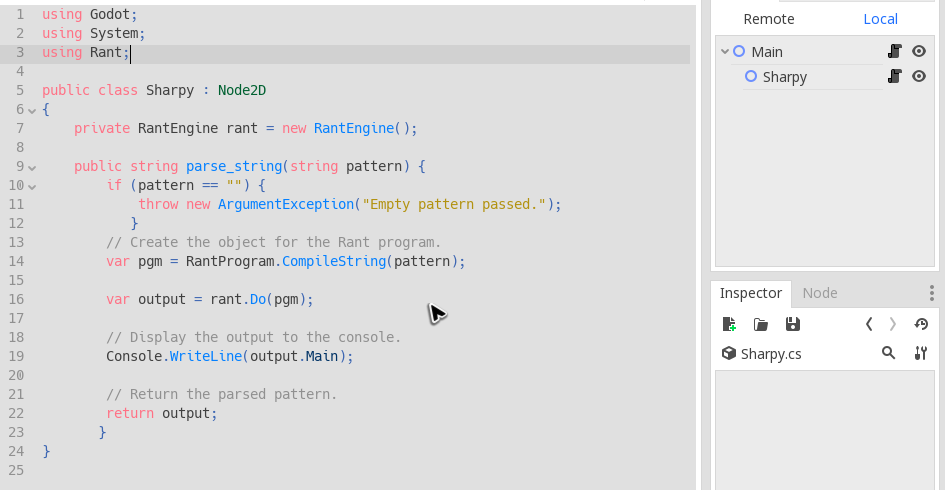 3. Ensure that the correct assembly is in the Godot project working directory. 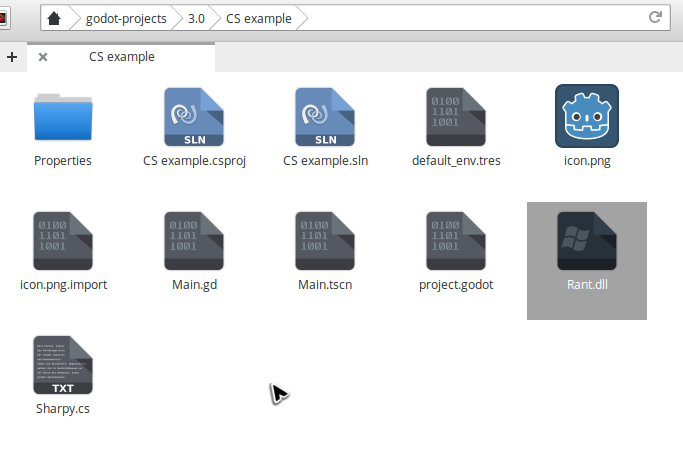 4. Go into a desirable IDE and open up the “*.csproj” file which was created when the C# script was added. Monodevelop will be used in this tutorial. At this point, ensure that the Godot editor isn’t running. Otherwise, key files may be overwritten. 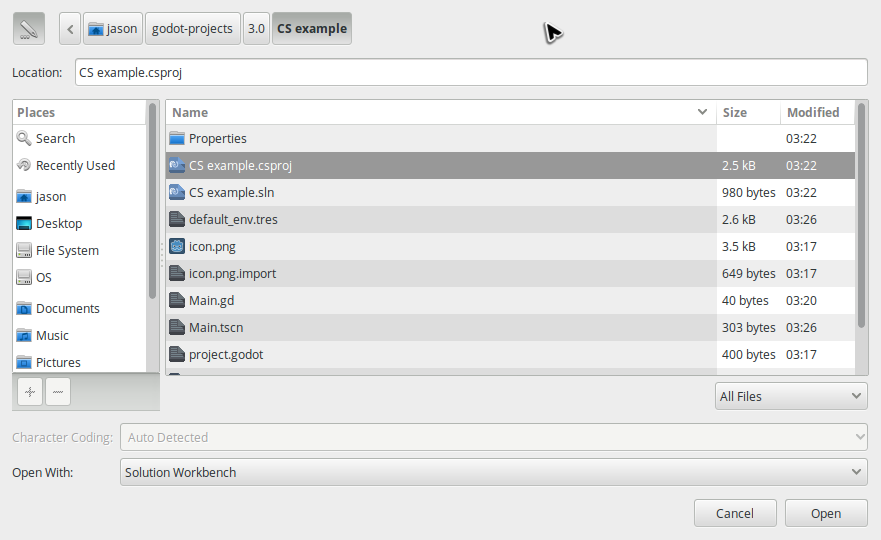 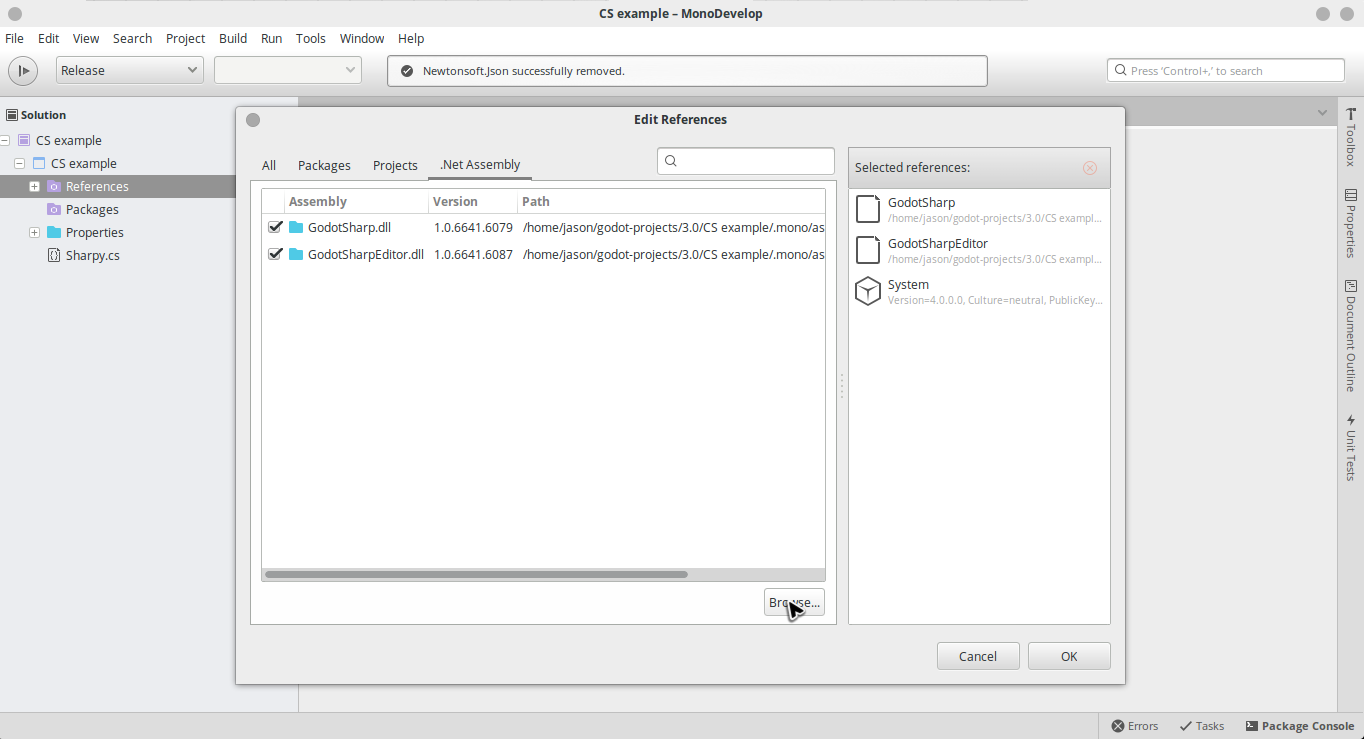 6. Select the desired assembly for the project and then click “Open”. 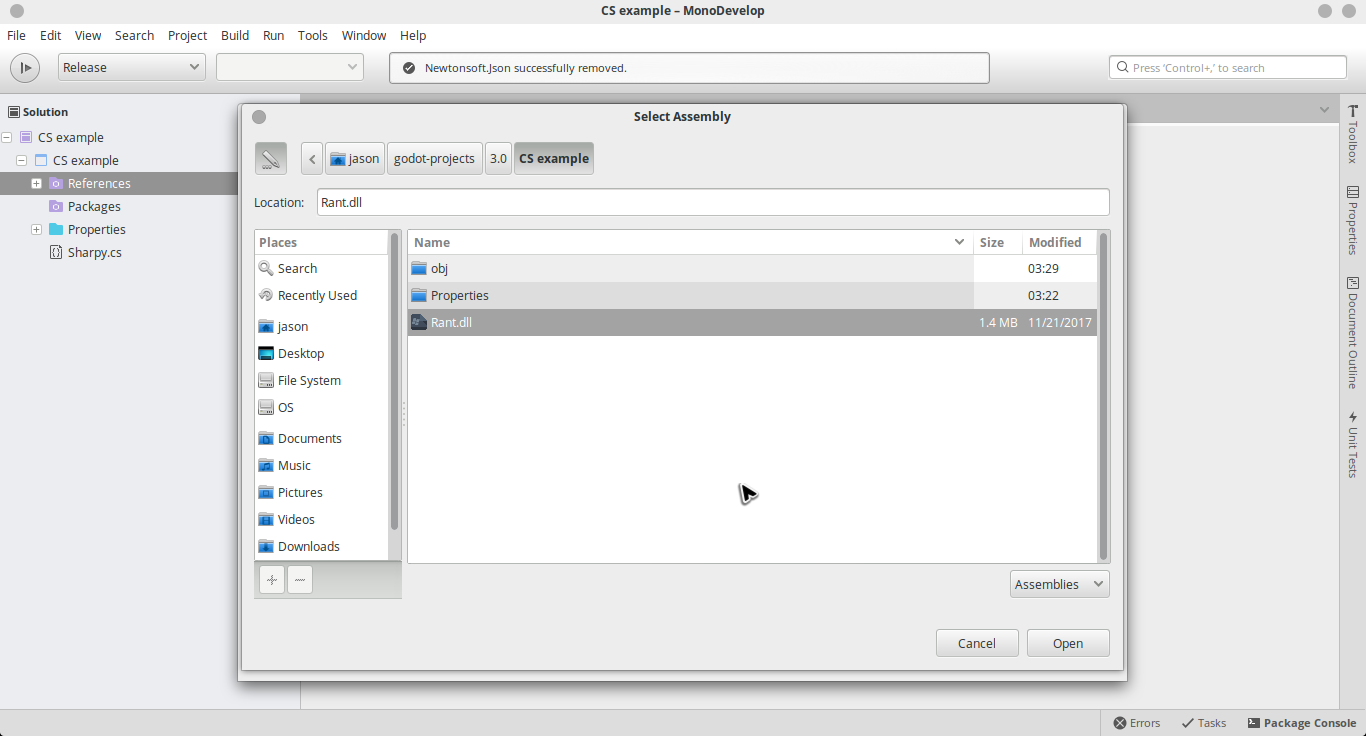 7. It should then be added as a reference for the project. Click “OK” and save the project (“Ctrl + S” or “File -> Save”). Exit out of the IDE and go back into the Godot editor. 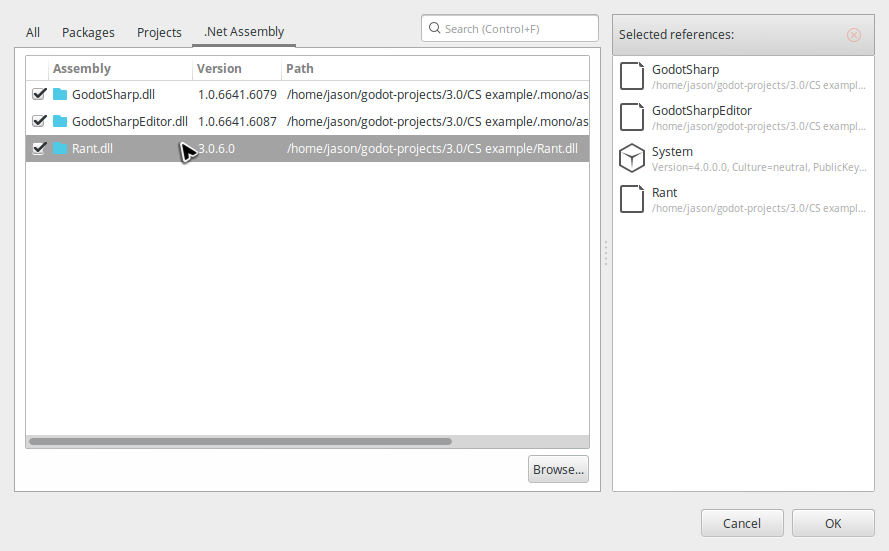 8. Add in a GDscript which makes use of the assembly. 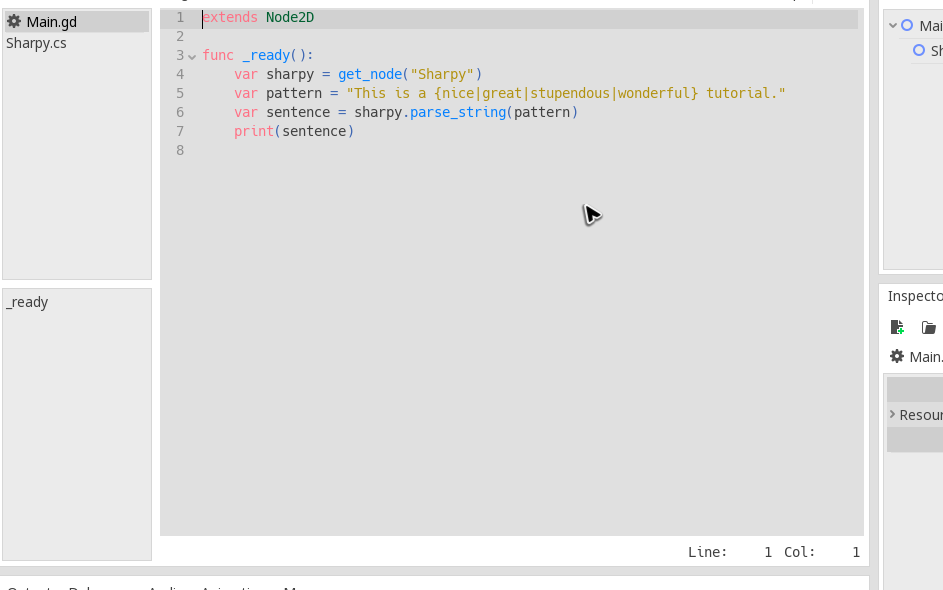 9. If all goes well, the engine should use the assembly in the resulting game.

If you have any comments or questions, please ask them below, or get in touch with me.

Jason Anderson has been hacking up computers for nearly 20 years, has been using Linux for over 15 years, and has studying and practicing IT security for over 3 years. Among that, he has a BBA in Accounting, an A+ certification, and a Linux+ certification. Look him up on Twitter at @FakeJasonA and on Mastodon on @ertain@mast.linuxgamecast.com

Pages on This Site

Catch me on other sites

I'm all over the place

Brain Explosion: A collection of art and poetry that came out of my head

Cloudy With a Side of Tags

This is so meta